The Agents of S.H.I.E.L.D. Problem 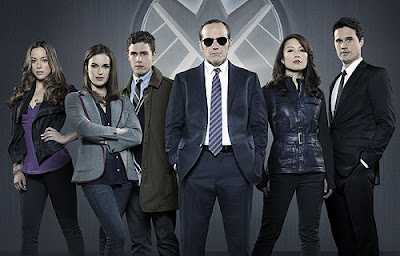 We get to know characters by their conflicts, and that's especially important in an ensemble show. When the characters lack dramatic tension, they lack defining characteristics and it's hard to tell them apart or even remember their names. Each character needs to both have a purpose and a conflict, because that's what we remember about them. The worst thing you want is for your characters to be forgettable.


This doesn't mean the characters have to hate each other, as two characters can be on the exact same side and yet constantly argue. They might have different motivations, life philosophies, or methods of getting the job done. Take the two scientists from Pacific Rim. We got a handful of scenes with the pair of scientists, and they were instantly memorable because of their conflict. We see that while they argue constantly, they do care about each other and have a sibling-like relationship. They bicker and argue, but neither one is necessarily wrong, and in the end they will work together and risk their lives to do what's right.

The reason The Avengers worked wasn't just the novelty of seeing all these heroes from other films working together. It was the fact that these characters had conflicts with each other. Tony Stark and Steve Rodgers argued about what it means to be a hero. Thor and Tony fought over Loki, with Steve stepping in to mediate. Tony doesn't trust Nick Fury, Agent Coulson, or Agent Romanov.

There are also plenty of conflicts that don't involve Tony Stark, but the reason he's a fan favorite is because of how he rubs everyone the wrong way. He's fun to watch, and his snark, banter, and one-liners added fun and levity to the movie. Everyone else has their share of conflict as well, and it's them overcoming that conflict and working together that gives the final act its strength.

That's the power of Joss Whedon. He is usually pretty good at assembling an ensemble. His flagshsip series, Buffy the Vampire Slayer, establishes the core ensemble from the first episode. Buffy, Willow, Xander, Giles, Cordelia, Joyce, and Angel are defined through their conflicts with one another, and that not only made them stand out, but also made them interesting. Their best lines usually came from a place of frustration, annoyance, argument, or unrequited love.

Unfortunately, Agents of S.H.I.E.L.D. does not have this kind of conflict among the characters. Yes, we have the plot mandated conflicts of the experienced soldier not liking or trusting the hacker, the hacker's hidden motives, the pilot's reluctance to get back into the fight, and Coulson trying to wrangle this team while slowly realizing that there might be more to his revival than a long vacation.

However, those conflicts are story-driven. What about the character driven conflicts? We need to see a team with personality flaws that work for and against each other. Working together as a functional unit needs to be a constant struggle, and at times it needs to be hard for them to like each other. Everyone needs to challenge everyone else.

This leads me to the two characters who are in desperate need of an overhaul: Fitz and Simmons. As far as I can tell, there's no need for two of them, because unlike the duo in Pacific Rim, these two scientists are not foils. They get along so well that they are boring. There's no spark to their relationship, no tension, nothing that gives me insight into who they are and what makes them tick. They also don't have substantial conflict with the rest of the team. If they do argue, it's about the plot of the week, not character based.

The best ensemble shows, Castle, Bones, Star Trek, CSI, The Big Bang Theory, How I Met Your Mother, Cheers, Frasier, Friends, Seinfeld, Scrubs, Cougartown, Community, feature very different characters who are great foils with everyone else on the show. Even when they get along, there's enough tension to make even the most mundane conversations impossible to ignore. The characters challenge each other, push each other's buttons, and bring out the best in one another. That's what a good ensemble does.

There is hope, of course, for Agents of S.H.I.E.L.D. Some shows may take a few episodes to find their footing and become wonderful. All we need is for the writers to realize that they have the makings of a great ensemble, if they will only let the characters be foils to each other. I want to like this show, and I plan to keep watching it. I just want to start loving it instead of griping about all the missed opportunities. (I do enough of that already.)

More of my Musings
The Penny Dilema
Do You Still Call it a DVD?
Sherlock versus Sherlock
Announcing my First Short Story
Quoth the Speaker
How I Got Over Myself and Learned to Love Community
Why We Need Frivolous Bad News
The Smart Choice is Boring
This Guide to Tipping
I Blame George Takei
Posted by Charles B. French at 7:38 AM