Anti-heroes of the Bible 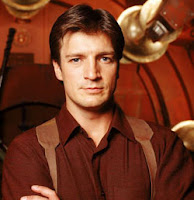 If there's one thing a geek loves, it's an anti-hero. We like the tough-as nails protagonist who plays by his own rules, takes no guff, and gets the job done even though the authority figures never give him an ounce of support. It's a fantasy of ours because we can relate to being an outcast.

As geeks, we do play by our own rules. We don't do what normal people do, watch what they watch, listen to what they listen to. But unlike the anti-heroes, when we go our own way we catch flack for it. That's why we like seeing people who get away with what we can't and say what we wish we could. We admire people who turn the world upside down, because that's what we'd love to do. That's why we love us some anti-heroes.

Naturally, this can make geek parents nervous. Instead of being into wholesome heroes like Superman, we gravitate towards the dark and edgy heroes, the ones who set a bad example and never brush their teeth, eat their vegetables, or clean their rooms. These heroes use naughty language and do horrible things, and they're the good guys? It can boggle the mind.

Let's take a look at some of these anti-heroes:

We have Batman, who is a dark, brooding vigilante who is not afraid to knock a few heads to get the job done, especially when Frank Miller is writing him. Even in Christian Bale form, violence is always the soltion.


From the epic comic book miniseries Watchmen, we have Rorschach. He blurs the line between hero and sociopathic serial killer, and his 2-0 score in prison is chilling in both comic and movie format.


Buffy the Vampire Slayer might be the front line in the war on the undead, but she is constantly defying authority, be it her mother, the school principal, law enforcement, or the U.S. government. And there was the time she blew up her school.

Captain Malcolm Reynolds might fight for the underdog, but he has no problem doing an honest day's smuggling and thumbing his nose at the authorities when given the chance.


No geek anti-hero list is complete without Han Solo, another smuggler just in it for the money. He shot first, Princess, and don't you forget it.


The list goes on and on. In fact, you are hard pressed these days to find a hero who is actually pretty noble, and it's been that way for some time. Growing up in church, I heard many Christians decry the notion of anti-heroes because how could someone be heroic if they were devoid of values and decency? Clearly, we needed a better, more "Christian" alternative.

If you grew up in church, chances are you were told that you shouldn't look up to these worldly heroes, you should revere Bible heroes. Some of you may have even been given Bible action figures and watched animated cartoons based on Bible stories. Who needs the likes of Batman when you've got your very own hero like Samson? Ah, Samson. He was the hero of choice for many Christian parents, kids, and Vacation Bible Schools.

Let's talk about Samson. If ever there was a Biblican anti-hero, it was him. Other than being very good at killing bad guys, the Bible doesn't have many positive things to say about this guy. Every story revolves around his arrogance and entitled attitude. If you want to see how completely lacking in empathy he was, look at the account of his wedding.

Samson supposedly falls in love with a woman who happened to be a Philistine, the sworn enemies of Israel. Now, this could have been an opportunity to broker peace, bring them over to the good guys. Instead, Samson treats her poorly and humiliates her and her family. Events escalate, she and her family are killed, and Samson goes on a huge killing spree. He never regrets his actions, just what those mean people did to him..

This is classic sociopath behavior, when all you can think about is yourself and you lack empathy for anyone else. naturally, you'd think someone like this would be a poor example for the kids, but Samson is just as famous as anyone else in the Bible. Even people who don't know anything about the Bible can tell you about Samson, he's that famous.

And he's that famous, I would argue, because he's an anti-hero. He's a Bible character we can relate to. Who hasn't offended everyone at a wedding and then had to kill a thousand people with a donkey jawbone? At the very least, who hasn't made a string of bad decisions that got out of hand? Who hasn't struggled with the right choice and the one that seems like a good idea at the time. And who hasn't had that fatal flaw that made them their own worse enemy.

The thing about anti-heroes is that they are often felled by their own pride. We all know the story of Samson and Delilah. He would lose his strength if he cut his hair, and of course he tells this to Delilah, an agent provocateur of the Philistines. (You remember them, he has a habit of killing them with unconventional weapons.) Normally, you'd want to keep vital intel out of enemy hands, but Samson had always been a sucker for a pretty face and tells her his secret. That's when he realizes that God was serious about the no haircuts rule.

He screws up, gets captured, blinded, and is chained up in a Philistine temple for the entertainment of others. But, like all anti-heroes, Samson's story ends with redemption. In the end, he finally understands the errors of his ways, and he asks God for his strength back. He promises this time he'll use it wisely. God un-grounds him, and Samson uses his returned strength to pulls down the temple and kills everyone inside including himself.

That's why he's a hero. Yes, it took losing everything, including his sight, for him to see clearly. He did in the end. That's the point. Anti-heroes come around. The bad boy becomes the knight in shining armor and saves the day.After a string of wrong choices, they make the one choice that totally redeems themselves.

Samson isn't the only Bible character with shady behavior. We could talk about Jacob or even King David. Not to mention Jonah, Noah, and Moses. The Bible writers pulled no punches in talking about their many sins, giving us heroes just as, if not even more, flawed than our modern anti-heroes. And if the Bible doesn't give these guys the Sunday School treatment, why do we?

I find it silly when Christians try to perpetuate the idea that we need to isolate ourselves from these modern heroes because they are a bad influence or too secular. What often happens is an effort to idealize or sanitize the very real flaws of our Biblical heroes so they are more palatable children's entertainment, and it can be quite a shock to the system when those kids actually read the Bible and see all the parts these Christian cartoons left out. It's not exactly inspirational if the story itself is a lie.

The good news is that God gives us just as much grace as He gave those anti-heroes. That's kind of the whole point of the Gospel message. All of us are an anti-hero in some way. We struggle against our own issues and flaws, we might chafe against authority and want to do things our own way, we don't like to play by the rules. Just as Jesus called some pretty shady characters to follow Him back then, He calls us to follow Him today, warts and all.

That's why it's silly to ignore the stories of these anti-heroes. In the end, they usually find redemption and may even lay down their lives to save their friends. Besides, sometimes we don't need Sunday School Batman. Sometimes, we just need Batman.


When 'Veggie Tales' was a Cult Classic
Begun, the Christmas Wars Have
Christians and the Zombie Apocalypse
Finding God in Wrath of Khan
Horribly Offended
The Gospel According to Harry Potter
How Christians Can be OK with Gay Marriage
What an atheist taught me about faith
Posted by Charles B. French at 11:37 AM