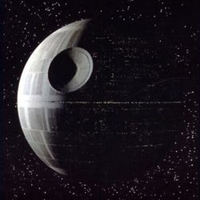 The evil Empire has a space station that can destroy planets. The Joker is about to poison Gotham City's water supply. The Dark Lord's armies are about to crush the Muggles. Things are bad, and all seems lost for our heroes. But just as the darkness is about to close in, a hero will rise and face down this evil. The hero and villain have a final showdown, and in the end, everyone is saved.

It's the same story since Beowulf. A great evil plagues the land and we need a hero to stop it. That's the appeal of the Hero's Quest, from Star Wars, Batman, Lord of the Rings, Harry Potter, quite a few fairy tales, and every other epic adventure. We love it for several reasons, not the least of which is we identify with the hero, imagining ourselves as the most important person in the realm, if not the galaxy, because we're the ones who vanquish evil forever. All it takes is a few good moves with a sword, wand, or light saber, and the day is saved.

That's the other draw. How does the fairy tale end? "And they lived happily ever after." In these tales, all the troubles in the land are caused by this one supreme evil. When that dastardly villain is beaten, all is right with the world and there is peace and prosperity throughout the land. I can definitely see the appeal of these stories.

It's probably one of the reasons why the superhero film is so popular right now. (Well, that, and geeks have a lot of disposable income.) In an uncertain world full of terrorists, economic crisis, and mass shootings, it would be nice if all these problems could be solved with a single, heroic quest. We find that evil, vanquish it, and we have a hundred, nay, a thousand years of peace.

Yes, that would be nice, and that's often why, when these disasters happen, we go for the easy explanation. We want to pin everything on one source. It's easy to fight an uncomplicated enemy, a definitive villain who is the scourge of all that is good and lovely. It's a lot easier than having to admit that it's a lot more complicated, and that there are rarely easy solutions that give us a lasting peace.

The Aurora and Sandy Hook shootings rocked the nation. It made us afraid, knowing that nowhere was truly safe. Those two are just two in a long line of shootings that are happening with unfortunate regularity, and people want answers. Though what they really want is to find an easy cause for an easy solution. Point to an enemy so a hero can vanquish it just like the stories.


Now, don't think that I'm attacking the stories. I'm not. In fact, I write them myself. These stories are a part of us and always will be. They are great myths that teach us about fighting the good fight, doing whatever we can, whatever is needed to overcome a great evil, and being willing to put it all on the line for the sake of those we love. It's not that the stories are bad, it's that we can take the wrong lessons from them. The stories are meant to show us how to deal with the realities we face, not that there is just one source and that it's an easy fix.

After a major shooting, or even a minor one, people will come out of the woodwork and point the finger. All we need is more guns, or perhaps fewer, and the problem is solved. We need more religion. Or perhaps less. It's the video games, rap music, television shows, movies, comic books, or those violent radio programs that are the problem, and getting rid of them will fix everything. It's a giant conspiracy run by a shadowy cabal who secretly control the world, and we need to get rid of them.


If we are looking for an enemy, you have but to heed the words of Pogo, "We have met the enemy and he is us." Why do these things happen. Because people are people and humanity is, and always will be, imperfect. We are all imperfect in our own ways, meaning that there are six to seven billion imperfect people walking the earth, and that makes things a little bit more complicated.

Does this mean there is no solution, that we can't fight these tragedies? Of course not. When these things happen, of course we should leap into action. I'm not saying that there isn't a solution, I'm pretty sure there is one. It's just going to be a lot harder to achieve than we realize. To be honest, I don't know what specifically it could be, but I do know that it's not going to be a simply as throwing a ring into a lake of fire.

I also know that even if we do find a way to stop these shootings, there is no thousand years of peace. Just because we solve one problem doesn't mean that there aren't others out there.

I'm a fan of Batman, and yes, if there's a fight between Batman and anyone else, Batman wins. He's that good. He's Batman. However, as good as Batman is, he will never rid the city of crime. If he stops the Joker from poisoning the city, he's got to deal with Poison Ivy or Penguin or a hundred other villains. He can fight them and bring them down, but he can't prevent them from becoming criminals in the first place. As good as Batman is, he's not that good.


He can't alter human behavior. He can't stop people from being crazy, from being opportunists, from being terrorists. People have free will, and sometimes not even fear of the Batman is enough to stop them. There will always be a new threat.

Does this mean that Batman should just hang up the cowl? No, nor should we give up the fight to make things better. However, we need to understand that there is no lasting victory, no epic Final Showdown that settles everything once and for all. At best, we end one war so we can begin another.

The American Revolution is a great story, a triumph of good (the colonists) versus evil (the British, before they invented Monty Python and Doctor Who) Once America got her independence, was everything perfect? Not at all. We had many more wars to fight, including a Civil War that threatened to destroy us.We ended slavery, but it was still 100 more years before the landmark Civil Rights Act, and even then that didn't end discrimination and racial inequality. Yes, we achieve victories, but there are new battles.


This might be when some of my fellow Christians pipe up and talk about the need for God. That the reason we have all these problems is that we've turned away from God and that's why there is no permanent solution. After all, I've been using secular examples and a fictional character to prove my point. If we all just became Christians, if there were prayer in school, etc., all our problems would be solved.

If that's what you believe, I have one question. Have you actually read the Bible? Nowhere are we promised that following Jesus would give us lasting peace on earth. In fact, Jesus tells us that following Him will give you the opposite of peace. We were never promised that there will be no more problems. Instead, we're told that we need to deal with them when they arise, because there will always be problems.

Jesus taught that the poor would always be with us. It's been two-thousand years, and He's still right. I'm pretty sure in two thousand more years we'll still have the poor. He didn't give us a caveat, saying that prayer in school and posting the Ten Commandments everywhere will take care of it. No, there's the poor, they aren't going away, and there's no quick and easy solution for poverty.

What about violence you say? Wouldn't everyone following Jesus at least solve our violence problem? Sorry, but Christianity kind of invented the Spanish Inquisition, the Crusades, and the Conquistadors. We killed a lot of people. No one can say that there wasn't enough God in their lives back then. This returns to my earlier point. It's complicated because humanity is and always will be flawed. That's why the Bible tells us that no one is righteous, not even one.


So what do we do? We stop looking or a singular solution that will fix everything. Instead, we simply do our best each day to make righteous choices in our own lives and to reach out in love to those around us. We avoid the temptation of easy answers, particularly answers that let us blame everyone but ourselves, and instead start by first taking responsibility for our own faults.

Finally, we understand that solving these problems won't be quick, easy, and even if we solve a major issue there's still a lot of work ahead for us, our children, and our children's children. We must accept that there will not be one hero who saves us all, that instead we all must be that hero, fighting the good fight however we can.

We will have victories, and we should celebrate them. Crime rates are actually on the decline right now, despite all the media attention on horrific shootings. That's a victory. Yes, there is crime and always will be, but having less of it is a worthy goal, and having even less next year even worthier. We can work to take steps to reduce gun crimes, particularly mass shootings. We can do a lot of good. But make no mistake, there is always the next battle.


Begun, the Christmas Wars Have
Christians and the Zombie Apocalypse
Finding God in Wrath of Khan
Horribly Offended
The Gospel According to Harry Potter
How Christians Can be OK with Gay Marriage
What an atheist taught me about faith
Anti-heroes of the Bible
Posted by Charles B. French at 8:50 PM