Truth, Justice, and the Muppet Way 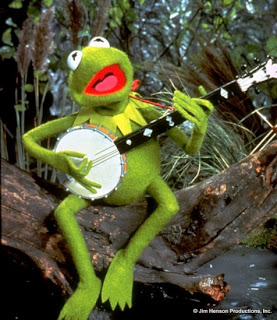 I recently watched Superman vs. The Elite, the latest DCU animated movie, and it raised an interesting question. In this day and age, is a boy scout like Superman relevant? It's a compelling subject, especially when we seem to relate more to anti-heroes than we do the boy in blue. As I've written before, anti-heroes are nothing new, but is there also room for the idealist, the noble hero who grants mercy, doesn't kill, and believes that everyone, including the bad guys, deserves a second chance? Can we relate to a hero who wants to see the best in everyone, who embodies the ideals of truth, justice, and the American way?

One of my favorite movies from last year was The Muppets. It not only brought our felt friends back to the big screen, it posed a similar question. In today's cynical world, are the Muppets still relevant? Are we still looking for the Rainbow Connection? Can we sing along to "Life's a Happy Song?" Do the purity and goodness of the Muppets have a place in this world?

I suspect that this is also going to be a major theme in the next Captain America movie. We already saw shades of it in The Avengers, as Steve Rogers is a man from a different time struggling to understand this new world. (And its pop culture references.) Can he still be Captain America in the 21st Century? Is there a place for him? We'll see how, or if, that movie tackles this question.

This story is nothing new. The values and traditions of the old generation having to deal with a world that's moved on. As we get older, it's easy for us to look at this up and coming generation and think that they've gone completely insane and abandoned all that used to be good, rejected the traditions that made us great, and are heading down the wrong road. Our parents felt that way, as did our grandparents, and so on and so forth.

Whenever we encounter this struggle, with the old ways butting heads with the new, we can come to two equally wrong conclusions. The first is to rigidly hold onto the way things used to be, to insist that nothing change. We mistakenly idealize the past and ignore what does need changing. We forget that these traditions don't go back as far as we think, and that when they first started, the previous generation decried them as being too radical a change.

The other equally wrong position is to abandon the old ways entirely in the belief that only new things are worth investing in. When we reject traditions simply because they are traditions, we can easily fall victim to every stupid idea under the sun just because it's new. Sometimes things have been around for a while because they work, and the classics are classic for a reason.

This is why we always need to ask ourselves how we can incorporate the valuable traditions and ideals of the previous generations into the present world. The question isn't whether Superman's ideals are outdated, it's how does he make those ideals work in this century. What does it mean to be a 21st Century defender of truth, justice, and the American way? The good Superman stories are already tackling this issue, and if Superman seems hokey and out of place, it's not because he's irrelevant, it's because no one is trying to make him relevant.

The same is true with The Muppets. As we saw in the new movie, the good-natured humor, uplifting songs, and belief that everything works out isn't an irrelevant concept, it's that this new generation needed to be taught that what the Muppets stand for is worth holding onto. They need to see that the Muppets aren't dated, they are timeless, and their message will speak to all of us. The writers of this new movie got this concept, it was the theme of the entire movie, and that's why the Muppets will be around for a long time.

If the new generations fail to see the value in our ideals, it can be because we aren't bothering to make our case for them, or we are so rigid in our interpretation of these ideals that we don't allow for new interpretations. Take the fact that the Muppets made their triumphant return not as a movie, but first as a viral video. The Muppets were still the same old gang with the some old sensibilities, but now they were taking the Internet by storm. The Muppets maintained the integrity of what it means to make a wholesome Muppet production and were willing to allow a slight redefinition of what counts as a "show."

While pop culture geeks like myself might debate whether Superman or the Muppets still have a place in this world, others are having a more serious debate about the values and ideals of marriage. Many in the previous generation see the institution of marriage under attack because now people want to "redefine" marriage. Many in the current generation are rejecting the notion of marriage altogether as an antiquated arrangement. Both of these views are wrong.

First, I think marriage is very relevant to society and always will be. And our current generation needs to know why marriage is important and why committing your life to someone benefits everyone, from strong families, strong communities, and more satisfying lives. Marriage is good for everyone, and I fear what might happen if more and more young people reject that ideal.

Part of this rejection, I fear, stems from the idea that the ideals of marriage can only be found in opposite sex unions. Fifty years ago, it was the idea that married couples should only be the same race. Both times, the old guard made the mistake of so strictly defining who counted as a marriage that they sometimes failed to pass on the more important lesson: once you are married, what do you need to stay married and have a long and happy life? And why should you get married in the first place. Why should you try to make it work instead of just giving up so easily?

We need to accept that the medium of marriage has changed, much like the medium of books and television shows has changed. Just as good writing technique is still important in an e-book, and quality production values are critical for a show now streamed on the Internet, good values are still important in a marriage. The ideals about what it takes for two people to build a life together and be happy haven't changed and will never be outdated. It should be just as important for us to make sure our same-sex couples have happy marriages as it is for opposite sex couples.

This is the lesson I take from Captain America, Superman, and The Muppets. No matter how much society changes, no matter how often I have to update some definitions, good morals and values will never need updating. They are as relevant now as they've always been.

More of my Musings
Is Seinfeld still a good pop culture reference?
Never Outgrow Playing
I Support Marriage
Busy Work Programming
We Can't Live in Fear
Comparing the Spider-Man movies
Advantage: Print Books
My Zombie Plan
The Enemy of Good
The Madagascar Problem
Can I be part of the conspiracy?
Why we should care about The Oatmeal
Games as Literature
Getting my Money's Worth: Video Games
Posted by Charles B. French at 1:44 PM