As a child of the 80's, I had many people in my life trying to expand my horizons, particularly regarding the merits of media from the 1950's. Sometimes it was the music (referred to as "real music") or the television shows (thank you Nick at Night) but, most of the time my elders wanted me to watch the great movies of the 1950's. To me, all these things were in the stone age. We're talking 3 decades and 6 presidents ago. That's forever for a child. It didn't help matters that when I watched Back to the Future, I was amazed at the primitive world of the 1950's and wondered how anyone could live in that decade. Why on earth would I want to watch a movie made in the 50's?

I was ignorant, and thankfully I was relieved of said ignorance about that decade and have now grown to appreciate those influences: the television, music, and of course the movies. Well, now many of my fellow children of the 80's have children of their own, children who hold a similarly ignorant view of the time period three decades prior, with the strange music, odd television shows, and of course, movies that they readily dismiss. They, too, need to have their ignorance eliminated so they can fully appreciate the contribution that this decade's movies made to our culture.

Today I will profile 8 essential movies of the 80's. It is imperative that this current generation see these movies. If I happen to converse with your child one day, and they don't get a single reference from Airplane, Ghostbusters, or Back to the Future, then I'm blaming you. Because that's just bad parenting.


Granted, not all these movies are kid-friendly. However, that's just another strength of the 80's. Studios didn't wimp out and go for the PG-13 rating, they made movies for kids or for adults, and you knew what you were getting. I'll profile more kid-friendly fare another time, and you might have to wait a few years to educate your children with the films on this list. Still, for older teens, these movies must be watched, with a loving parent or guardian to explain the significance of the movies. And if you are worried about adult content, just remember that your children are likely going to find a lot of this stuff tame. (Now there's a comforting thought.)

Still, they need to see these films. Let's being the necessary education of your children with: 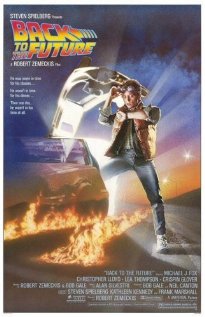 1: Back to the Future
If you want to feel old, just consider that if they remade this movie today, we would see Marty McFly go back in time 30 years to the 1980's, which is the present day of Back to the Future. (If this information makes you feel old, you are excused to begin your midlife crisis.)

Whether it's one of the great time travel movies of all time, or whether its a coming-of-age tale when a teenage boy finds out that his parents were once his age, it's a movie that stands the test of time, which is why stations still air it. The first one is especially brilliant, in that it's more of a fish-out-of-water story told right, as well as a bit of a sexual farce, what with Marty being hit on by his then-teenage mother. Back to the Future is essential viewing, as are the other two members of this trilogy. After all, your children need to know what a good trilogy looks like. 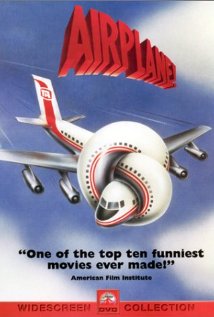 2: Airplane!
As I'm yelling at kids these days to stay off my lawn, I'm also berating them for not knowing what a good spoof movie is. They settle for dreck like Vampires Suck and Epic Movie, but they don't know that it can be so much better. One such example is Airplane!, a movie that let us know why certain weeks are not the ones to quit sniffing glue. It's full of great quips, one-liners, and jive (but it might be too much to expect them to know why the "I speak jive" scene is utterly brilliant.) It's been 30 years, and studios are still trying to make another Airplane!, but sadly I doubt they ever will.

You may be asking, surely you can't be serious about how great this film is? Let me assure you, I am serious. And don't call me Shirley! 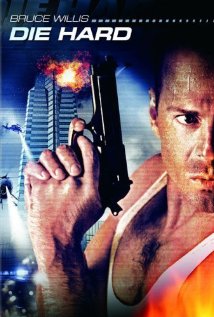 3: Die Hard
When it comes to Die Hard, there are two acceptable opinions: great movie or greatest movie. They knew how to make an action flick in the 80's. This was when they used practical instead of CGI, when they weren't afraid to go nuts, and when you could actually see what was happening onscreen - none of this close-up, shaky, seizure cam.
Your children will immediately recognize the villain as "that's the guy who plays Snape." For me, though, Alan Rickman will always be Hans Gruber, one of the great mustache-twirling, scenery chewing villians. Your kids need to know that Alan Rickman's greatness spans decades.

This film isn't just a great Christmas movie, it features Bruce Willis at his very best, before he became the generic and often boring action star in many of his movies. This is Moonlighting Bruce Willis, porytaying John McClane back when no one really knew if he could carry an action film. He played the role like an average guy caught up in an action movie, and it's brilliant.

Equally brilliant is his relationship with Al, played by Reginald VelJohnson. Their relationship sets the standard for all walkie-talkie based relationships. Throw in William Atherton playing the same kind of character he plays in every 80's movie in this list, and you've got yourself and 80's classic. 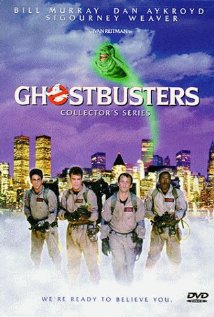 4: Ghostbusters
Your children will not believe it, but there was a time when putting Bill Murray and/or Dan Ackroyd in a movie meant it was going to be great. In the 80's, these two "not ready for prime time players" (that's another conversation you need to have with your kids) were guaranteed gold. They were funny and knew how to deliver, and Ghostbusters is hands-down one of their all-time great films.

Your children need a standard for action.sci-fi/comedy movies, because without that crucial yardstick they won't know what's worth watching. This film is the yardstick; it is the standard. Your kids should instantly recognize quotes from this movie; if they don't know why they need to say "yes" when asked if they are a god, then you know what you need to do. Just make sure you don't cross those streams. 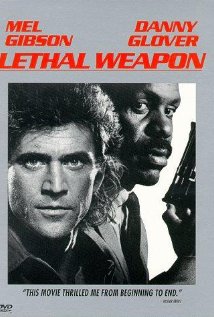 5: Lethal Weapon
It's a great Christmas movie for the family. OK, it's just one of those things, but this movie (as with Die Hard) proves that they knew how to make a Christmas movie in the 80's. A dark action, buddy-cop, comedy film in which one of the characters regularly contemplated suicide. Said character, Riggs, was played by a young, crazy, still speaking with his accent Mel Gibson.

Starring with Gibson was Danny Glover as Murtaugh, who was always grousing about being too old for...let's just say, some hilariously inappropriate things. His catchphrase is a line your children need to know, because you never know when it or a parody of it will pop up, and they need to be able to appreciate it.
Your children also need to know how buddy cop movies are supposed to work. 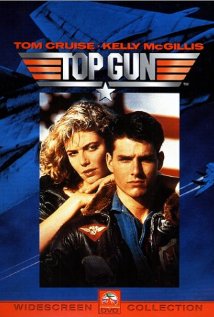 6: Top Gun
Before Tom Cruise was a crazy couch-jumper, he was a young (and very short) up-and-coming actor who men wanted to be and women wanted to be with, unless he followed them into the woman's restroom singing "You've lost that loving feeling" all while his ego was writing checks his body couldn't cash. The name Maverick should be instantly familiar to them, and they should feel a pang of loss at the name Goose. They need to know why Val Kilmer would ever consider being someone's wing-man. 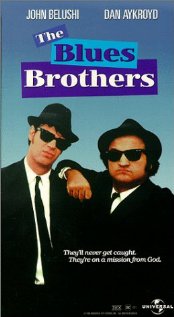 7: Blues Brothers
Did I mention that Dan Akroyd could make a really awesome movie in the 80's? Pairing him up with Bill Murray might have been great, but him and the late Jon Belushi was pure genius. Your children need to know the many reasons why Blues Brothers can never be made again. They need to understand what a truly crazy car chase looks like, and why it is perfectly acceptable to wear sunglasses even though it is dark.

Then there's the music. This movie is a tribute to rhythm and blues, featuring fantastic performances by classic musicians your children need to know: James Brown, Cab Calloway, Aretha Franklin, John Lee Hooker, and of course, Ray Charles.

If your children are Hanson fans, they also need to know where the inspiration for their Thinking 'Bout Somethin' video came from. 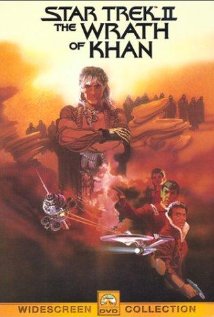 8: Star Trek II: The Wrath of Khan
Your children need to know what a good sequel is supposed to look like. Even if they aren't a huge Star Trek fan, this film is more than just a Trek movie, it's a good movie. (And if they are a Trek fan and they haven't seen what is considered the best of all the Star Trek movies, then something has gone terribly, terribly wrong.)

Your children also need to know why the needs of the many outweigh the needs of the few, or the one. Why Spock has been and always will be a friend. Why sometimes, when faced with an un-winnable scenario, the best solution is to cheat. Plus, if they've seen the new Star Trek film then this movie will help them understand what we've been appreciating in that fantastic film.

Hopefully this will help you educate your children on why these 80's movies are still valuable, even the ones from three decades and four Presidents ago. Don't worry, I plan to revisit this topic soon with eight more essential eighties movies. Until then, you know your assignments, and there will be a quiz later.

If you liked this article, you may enjoy these:

Eight Good Portrayals of Christians in Mainstream Media
Seven Parody Movies that can Stand on their Own
Big Reveals and Damage to our Jaws
The Heart of Futurama
Pixar, Savior of Humanity

I can do more than talk pop culture. Check out the book I wrote.
Posted by Charles B. French at 8:26 AM