Top Ten Reasons You Should Read My Book 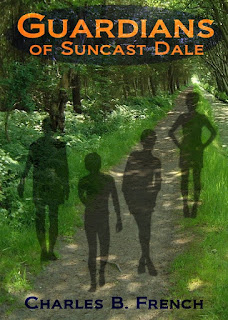 Yes, this is a bit of shameless self-promotion. Consider it the curse of high self-esteem.

As you may be aware, I wrote and self-published a book. Of course, it's more likely you're not aware of it. I get it, you're busy and have things to do. No, no, I understand. I'm not trying to make you feel guilty, I'd just really like you all to read my book.

Unless I'm being too eager, and in that case I don't think anyone should read it. Ever. In fact, it's vile, offensive filth, and it will corrupt your children and lower their test scores. You all should make sure everyone has heard of this book and knows never to read any of it. Especially tell any teenagers you see, because they are known to avoid what you tell them to avoid.

If you're still on the fence, then allow me to give you ten great reasons to read my book.


10) No paper cuts.
Ever since the dawn of civilization, when man first put pen to papyrus and wrote down his thoughts, he always had to contend with the paper cut. For millennia, we've been tormented by those small, annoying cuts that we don't even realize we have until we have to go chop onions. (Or lemons. Sometimes it's nice to cut lemons. If your garbage disposal smells funny, just drop a few lemon wedges down, run it, and it'll smell really nice.)

Thanks to the miracle of modern technology, your fingers will no longer be held captive by the scourge of paper. Whether you use a Kindle or your laptop, tablet, or phone to read (since you can download the Kindle app for free for all your devices) you can read with the assurance that my book won't draw blood.


9) It will unlock the great secrets of the universe.
Ever wonder where your missing socks go, or why they sell hot dogs in packages of ten and hot dog buns in packages of eight? This book doesn't solve those mysteries, but it does have a few I think you'll like. The land of Suncast Dale is haunted by ghostly spirits of their long dead heroes. What's behind this haunting? Who has the most to gain? What does it mean? And what deep, dark secret did these heroes die to protect? You'll be so riveted as you find out the answers to these questions that you'll completely forget all other mysteries.

8) The ending is much better than Lost and Battlestar Galactica.
That's right, I said it. I'm calling those shows out for having a great premise and poor ending. Not this book. You'll be very satisfied when you find out all the answers and won't feel like you've invested your time poorly. I actually planned it out from start to finish, so you shouldn't be compelled to go online and write long diatribes about how this book failed to deliver in the ending department.

7) It's a fantasy novel that anyone can enjoy.
You don't have to be into fantasy to enjoy this book. True, it will help, as I skewer the hero tropes and hero fandom pretty well. But you don't have to endure some made-up elvish language. The focus is on the characters and the mystery. If you can handle Harry Potter, you'll be fine.

Why yes, I did just name-drop Harry Potter. And if J.K. Rowling has a problem with it, then I'll stop immediately because she's a billionaire and can afford a fleet of Solicitors, which is what they call lawyers over there in England. (And since said lawyers are forced to wear silly powdered wigs, you know they're really, really mean.)

6) I hate my main character.
Any author who loves his or her main character isn't going to write an interesting book. Me, I treat Dathanial Hawke like I co-signed a loan with him and he skipped town. I make him suffer, and you reap the benefits. If it's not one person trying to kill him, it's a lot of people trying to kill him: assassins, bandits, city guards who might be staging a coup, to name a few.You might think I'm cutting him a break with a romantic interest, but she'll as soon stab him in the neck as cuddle. You won't want to put this book down because you just have to know how I top the suffering from the previous chapters.

5) It's written by a total geek.
While it's an author's job to treat the protagonist like Mario treats Goombas, this book is a labor of love. I wrote the kind of book I'd want to read, which means it's strongly plotted with a sense of humor. Some characters are compelling, others are silly, and if you know your stuff, you'll see me drop subtle geek references left and right.

4) You're helping support a fledgling author.
If you are looking for a way to make a difference, why not give the gift of patronage? You could add the title 'Patron of the Arts' to all your business cards. Plus, you'll be helping me out a lot, and that's got to be a great feeling. Now, while I can't guarantee that this will totally make up for all your sins, (pirating Skyrim, selling organs on the black market, canceling Firefly -you know who you are) you will probably sleep a little more soundly tonight by supporting a struggling writer.

3) It's a great way to avoid talking to people in the airport.
If you venture into any airport, know that there are dangerous predators stalking you. No, they aren't terrorists. They are strangers who want to engage you in conversation, and if you don't have something to occupy yourself, they will pounce. Having a book handy will allow you to keep your shields up and deflect any and all conversations about: politics, religion, cats, Glee, Twilight, unicorns, dolphins, someone's ingrown toenail, going vegan, whether it is hot/cold enough for you, new year's resolutions, and/or William Howard Taft. Instead, you will avoid those annoying people and only be molested by those duly authorized by the U.S. government.

2) It's less than the surcharge of a 3D movie.
Have you seen the price of books? Even the paperbacks are skyrocketing. These days when I go into a bookstore and turn the book over, I don't see a price, but a publisher pumping his or her arm going "cha-ching!" I do understand why the prices of books are going up, but in these tough economic times, I have come to your rescue. My book is a mere $2.99, and for that low, low price you get an incredible book that won't make you wear silly glasses and give you a splitting headache. Well worth it, if you ask me.

1) You know what's better than paying money for it? Free!
In the real world, there are three ways to read a book for free. Wear a thick coat to a bookstore. Convince a gullible friend to buy the book so you can borrow it. Or go to the public library and gamble that they even have it at all. (True, they can get it for you, but you'll have to wait a while.) Wouldn't it be better if you could get the book instantly and free? You can.


If you are an Amazon Prime member, you can borrow the book at no extra cost. Sadly, being Amazon Prime doesn't make you the leader of the Autobots, but it does have a lot of neat perks, including being able to "borrow" electronic books such as mine.


There you have it, ten irrefutable reasons you should read my book. I know what you're thinking. You think you could refute my list. Well, you can't. Did you miss the part about it being irrefutable? That means it can't be refuted. Refutation is off the table. I guess that means you just have to read my book. Better luck next time.


Read Guardians of Suncast Dale on Amazon Kindle
Posted by Charles B. French at 10:26 AM