A friend of mine, who runs The Noob News, wrote and directed a neat little indie picture called Hombre y tierra, a found-footage movie following an adventurer as he explores Belize. The neat thing about this movie is that it was filmed in both English and Spanish and looks to be very interesting.

Found-footage films are meant to give the audience a unique perspective, as this isn’t a story told from an omniscient filmmaker, but from the characters themselves. It’s meant to put us right there in the situation, making the film a more intimate, and often more intense, story. Of course, the fact that found-footage movies are often much cheaper to make is also part of the appeal to film-makers.


However, low-budget doesn’t mean low quality, and the reason this genre doesn’t seem to be on the verge of stopping any time soon is because many of these films are incredibly well done, and put their big-budget peers to shame.

Today I’m going to look at the five best found-footage movies and explain why they are worth your time.

read my article at thenoobnews.com 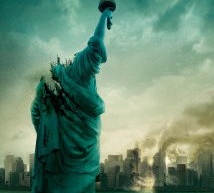 Five Best Found Footage Movies
Read the rest of my articles on The NoobNews.com
Posted by Charles B. French at 12:02 PM